In Oksana Karpovych’s debut feature Don’t Worry, the Doors Will Open, we see Ukrainians in the moment of transit, waiting, pause. Suburban trains are the bridge between the past that is gone and the future that hasn’t come yet. Filmmaker and film critic Yuriy Hrytsyna will talk with Oksana Karpovych about the ways of filming poverty and ‘ordinary people’ that avoid ‘entomologisation’ and colonial optics. What is it like to be a Ukrainian filmmaker abroad and what is special about making a film in Ukraine in such a status? Does one need to become a stranger in order to see the mechanics and dynamics of the native? Don’t Worry, the Doors Will Open captures reality invisible for the majority, reality that will soon be gone. In the time of crisis, it gives the film additional dimensions. So the main topic for discussion is what will happen to elektrychkas, Ukraine and all of us in the future. This is the best moment to reflect on why cinema exists and in what form it can continue its existence. 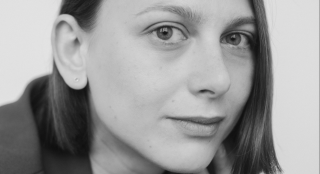 Oksana was born in Kyiv (Ukraine), living and working in between Kyiv and Montreal (Quebec). Her debut feature documentary film Don’t Worry, the Doors Will Open won the New Visions Award at the RIDM festival in Montreal (2019) and received an honorable mention in the Emerging Canadian Filmmaker category at Hot Docs (2020). In her personal projects, Oksana explores the everyday lives and oral histories of the common people and how state politics invades the personal sphere and influences the communities she intimately documents. Oksana is a Cultural Studies graduate of the “Kyiv-Mohyla Academy” National University in Ukraine and a Film Production graduate of Concordia University in Montreal. She is currently working on her new feature documentary Storms Are Whispering, produced by Cosmos Films. 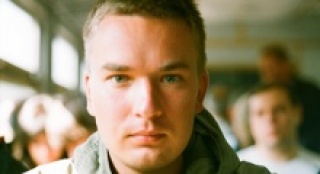 He focuses on temporary archives, video amateurship, anthropology of the Internet, memory and nostalgia as mobilizing and demobilizing projects. His filmography includes Language and the World (2011), Varta1, Lviv, Ukraine (2016) and Far from Lviv (2020).