A car with a small Ukrainian flag is cruising around the village of Stara Zburyivka. Two ‘sheriffs’, 50-year-old Viktor Kryvoborodko and 44-year-old Volodymyr Rudkovsky, save a woman from an anaconda, calm down arguments and stop fights. Since there are practically no police in the village, the local men have undertaken to maintain public order. For Viktor and Volodymyr, Stara Zburyivka is their country, which they will defend against anything — particularly against the separatists, who show up as the war in eastern Ukraine begins. 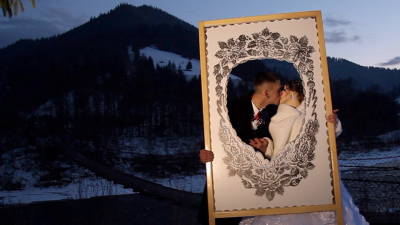 A Portrait on the Background of Mountains

Through thousands of accidentally discovered photo negatives by Paraska Plytka-Horytsvit the film explores the connection between the present and the past.