The origins of documentary photography are strongly tied to the manifestation of events, places,and phenomena hidden from the public eye. However, photographs that appeared as social reportageor anthropological intelligence have subsequently falleninto the field of art and ended up in museum collections. Sometimes that took decades to happen. We will talk about the professional focus of the photographer Oleksandr Chekmenyov and, in particular, the series of photographs he took atthe Ovruch Psychiatric Hospital in the late 90s. Finally, how do publicationsand photographers deal with such complex topics? Is there such a genre as a social portrait? Why are photographers still working withan analogue medium – photographic film – in the digital age? 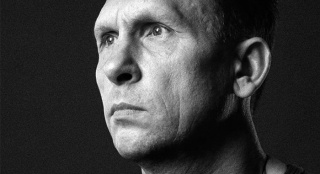 Oleksandr was born in Luhansk in eastern Ukraine. He started his career as a photographer in asmalllocal photo studio in his hometown: in his spare time, Oleksandrtook photos of people affected by the economic crisis afterthe collapse of the Soviet Union. His worksrepresent an insider’s look at thetransformation of the mining region in the 1990s. Chekmenyov’s photographic series have been published on the New YorkTimes’Lens blog, Time’sLightbox, the New Yorker’sPhoto Booth, MSNBC, Quartzand other publications 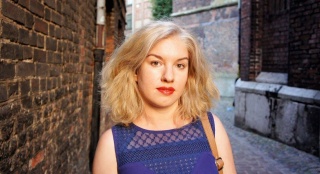 Vira is currently getting a degree in cultural management from the Jagiellonian University (Kraków). Winner of the Women in Arts Award founded by the Ukrainian Institute and UN Women Ukraine in the category of Criticism, Cultural Journalism and Research

Interdisciplinary programme rethinks the capacities of documentary filmmaking and the gallery space. The programme will include screening of amateur animation by Anatoliy Surma, 3D exhibition of photography by Oleksandr Chekmeniov and a joint project by media artists from Photinus Studio, SVITER Art Group and Ivan Svitlychnyi. Each of events will be accompanied by an Artist Talks discussion. 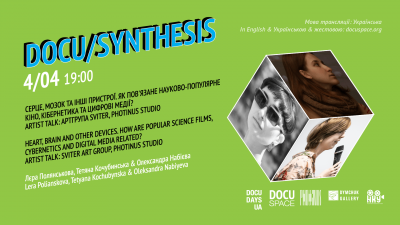 Heart, brain and other devices 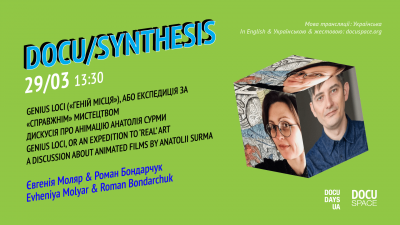