Documentary filmmaking, like a true revolutionary, has come a long way in the struggle for its independence from traditions, stereotypes, and prejudices. It grew out of ordinary chronicles and ethnographic sketches, fell into the net of propagandists, but eventually defended its right to artistic interpretation rather than an objective depiction of reality. This lecture will become not only a guide in a diverse field of directorial experiments but also will tell in detail about the genres, methods, and techniques of modern non-fiction cinema referring to specific films from the programme of the 18 Travelling Docudays UA.

She has degrees in Ukrainian and English, Journalism, and Book Design. In addition, she studied culture management at the EU programmes Culture and Creativity and Developing Your Film Festival. In 2006–2013, she worked for Ukrainian culture publications as a journalist and editor. In 2009, she joined the Docudays UA team, where she was a curator, programmer and DOCU/CLASS education platform coordinator for ten years. Between 2016 and 2018, she coordinated See Ukraine: Docudays UA Travels the World, the festival’s cultural diplomacy project. In 2019–2021, she was the head of the Film Sector at the Ukrainian Institute, a public institution which establishes international culture connections between Ukraine and the world. She gives lectures on documentary cinema and consults for film projects at various stages of production. 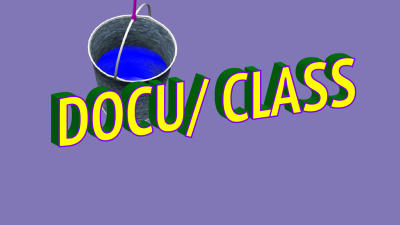