add to calendar29.03.2021 17:0029.03.2021 18:00Europe/KievAgnieszka Holland & Anthelme Vidaudhttp://docuspace.org15
The influential Polish filmmaker Krzysztof Kieślowski is famous primarily for his feature films, particularly the Three Colors and Dekalog series. But his documentary works are no less impressive, although they still remain much less known to the broader audience. On the occasion of the filmmaker’s 80th birthday, Docudays UA, in collaboration with the Adam Mickiewicz Institute, the Polish Institute in Kyiv and the Ministry of Culture and National Heritage of Poland, present a special retrospective, Krzysztof Kieślowski: a documentary biography, curated by the prominent Polish filmmaker Agnieszka Holland.

Agnieszka Holland and Anthelme Vidaud, the former programme director of the Odesa International Film Festival, will discuss Kieślowski’s documentary work, his moral choices in directing, and the reason why he moved away from documentary as a genre, as well as the curator’s approach to the retrospective.

The event is supported by the Adam Mickiewicz Institute, the Polish Institute in Kyiv and the Ministry of Culture and National Heritage of Poland. 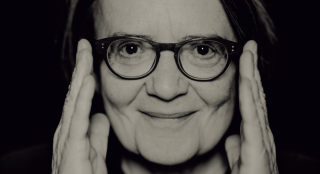 Agnieszka was born in 1948 in Warsaw. She graduated from the FAMU Film School in Prague in 1971. She started her career in film by working with Krzysztof Zanussi and Andrzej Wajda, who became her mentor. Her directing debut was the TV film Evening at Abdon’s (1975). Later her pictures were nominated for an Oscar. Holland was also one of the directors of 1983, the first Polish TV series made for Netflix. 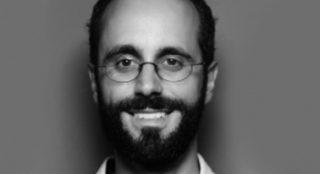 the former programme director of the Odesa International Film Festival

He studied literature and cultural project management in Lyon and Grenoble. In 2008–09, Anthelme worked at the Embassy of France in Malaysia, where he has been organising French cinema festivals. In 2010–11 he worked as a communication manager at the Cinemathèque of Tangiers, Morocco. During the next two years, Vidaud was the audiovisual attaché at the French Institute in Kyiv. In 2014, he became part of the Odesa International Film Festival, first as a programme coordinator, and since 2015 as its programme director.