Andrii Lysetskyi is a cinematographer, whose filmography comprises more than 30 awarded films. Ivan’s Land is his debut in documentary filmmaking. The director chose as his protagonist one of the last folk artists of Ukraine, Ivan Prykhodko, who cannot imagine his life without his native village. At the 18th Docudays UA, the film participates in the national competition DOCU/UKRAINE, which also features its world premiere. Right after the live stream of the tête-à-tête we invite you to watch Ivan’s Land. 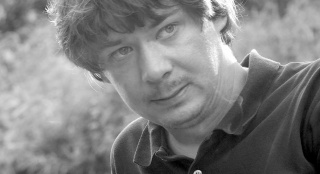 Born in Kyiv in 1982, Andrii represents the third generation of the most talented DOPs in Ukraine. He graduated from the Kyiv National Karpenko-Kary University majoring in cinema and television, and his filmography now lists over 30 films and numerous awards. Ivan’s Land is his first work as the director of a documentary.