The documentary musical Roses. Film-Cabaret tells about seven members of Dakh Daughters band and their transformation in the course of seven years of film production. At Docudays UA, the film takes part in the national competition DOCU/UKRAINE. Right after the live stream of the tête-à-tête we invite you to watch Roses. Film-Cabaret. 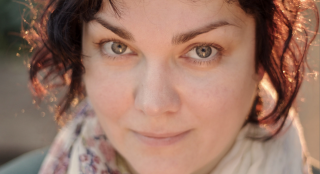 Irena graduated from the Kyiv National Karpenko-Kary Theatre, Cinema and Television University in 2000, and the Serhiy Bukovsky Film Programme in 2017. Worked as sound producer and sound designer with TV stations, documentary film productions and musicians. Since 2013, she has been fully attached to the Freak Cabaret Dakh Daughters Band as a sound producer and a director of their music documentary video-stories.