The tragedy in the Collective club in Bucharest led to an acute political crisis in Romania in 2015. A fire resulted in the immediate deaths of 27 and severe injuries to 180 people. Several dozen people with non-lethal burns died in the hospital. A doctor urged the media to investigate this case and find out the causes of these deaths. The journalists not only found the answers, but also revealed large-scale corruption in the healthcare system. The new health minister is eager to communicate with the media, and tries to reform the system while overcoming significant obstacles.

Full Recovery? is the central topic of the 18th Docudays UA. The programme includes discussion and movies which will help us find ways to fight the faults and diseases of the system which have been exposed by the pandemic.

Famous dissident artist Ai Weiwei investigates a tragedy that occurred to the college students in Mexico and its impact on lives of the victims’ families. 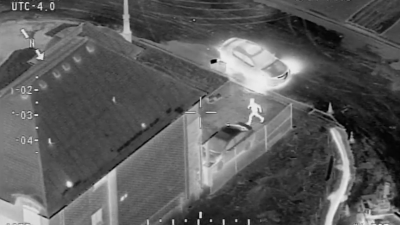 The­re will be no mo­re night

Based on archive footage of the US and French armed forces in Afghanistan, Iraq and Syria, the filmmaker demonstrates the significant difference between observation and interpretation.

To have a luxurious garden, a Georgian millionaire collects century-old trees along the coast and moves them to his own garden.